Unfolding Luxury beyond the City of Dreams 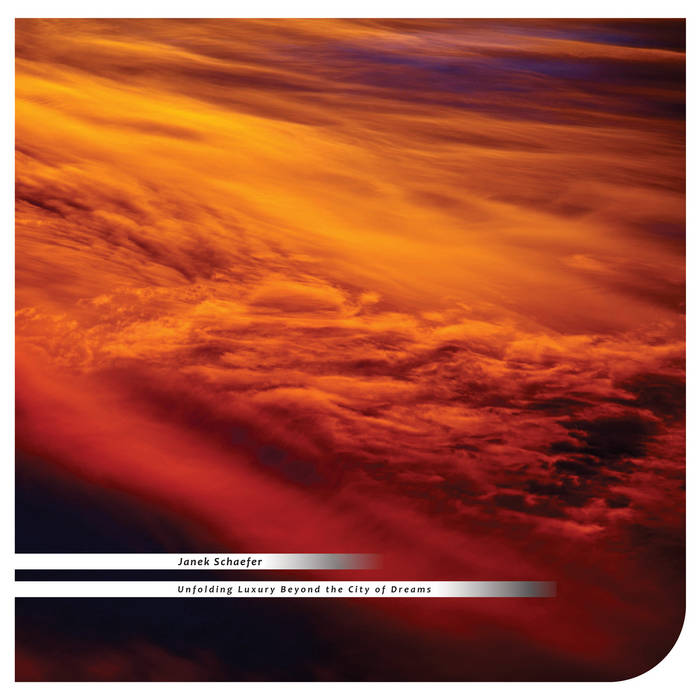 Aaron One of my favorite ambient releases of recent years. Schaefer combines field recordings and piano to create a quietly vivid environment of sound, at once elegiac and hopeful and full of life.

Dekorder presents two new vinyl editions composed and designed by UK sound artist Janek Schaefer, who is known around the world for his wide variety of engaging and unpredictable works for installation, concert and composition. Following his highly acclaimed ‘Lay-by Lullaby’ album on 12k [which Pitchfork listed in the ‘Top 10 under-the-radar releases for 2014’], Janek has created and collated a collection of tracks that showcase both his more ambient works [077], and his highly charged sonorities [078]. A beautiful pair of LP’s that ideally should be experienced together for your home listening pleasure. The tracks were mastered by Stephan Mathieu and cut by Lupo at Calyx Mastering.

A1 White Lights of Divine Darkness (for Sir John Tavener) 7:34
By chance I composed this for my brother-in-law the day he passed away. In recent years he had seen the white lights of heavens gate, but returned, and became fascinated by what he called God’s divine darkness in this lifetime.

A2 Unfolding Honey 6:06
A track from my exhibition soundtrack 'Future Beauty, 30 years of Japanese fashion' held at The Barbican Gallery, London. The exhibition featured some amazing folded garments by Issey Miyake, that inspired the unfurling fabric feeling of the composition.

A3 Luxury 3:00
An orchestral drone piece featuring an old French lady singing to her cats with an extra celestial chorus.

A4 Skyline Ascending 3:28
A Carpenters LP piano loop is layered again and again over a high sky recording, which was recorded using a helium balloon floating in the clouds over the city, with raindrops.

B1 Coda (for Sir John Dankworth) 5:00
In my early teens, I used to attend week long music camps, in tents, within the grounds of Sir John Dankworth's home with Cleo Laine. I used to know them, and composed this piece with one of their vinyl's on the day I heard he died. The installation premiered at the Sydney Cooper Gallery in Canterbury, broadcasting a 3 channel version to six 50's radios.

B2 The City of Dreams 8:28
Theme tune for the opening of “The Mill: City of Dreams” a site specific theatre production in a deserted mill in Bradford. Piano motif recorded live with my twin-arm turntable, additional overlays recorded with Mark Robinson on his old family piano.

B3 Beyond 6:30
The Carpenter’s return, sliding piano loops through recordings made in Grand Central Station at closing time when the vast hall was deserted, and the full majesty of the acoustic space could be appreciated. Stilettos pass by forming polyrhythm's, as the last train announces it’s departure...

Janek Schaefer has exhibited, lectured, and performed widely throughout Europe [Sonar, Tate Modern, ICA, Strasbourg Museum of Modern & Contemporary Art], USA/Canada, [Walker Art Center, Mutek, Princeton, XI], Japan, and Australia [Sydney Opera House 2003]. His foundsound concerts and installations explore the spatial, social and celestial qualities that sound can communicate, through the twisting of old and new technology. The context of each idea is central to its development and resolution, often exploring themes of appropriation, accident, & alteration.

Janek studied Architecture at the Royal College of Art where he worked with Brian Eno, creating “Recorded Delivery” in 1995, and discovered how important sound is in perceiving space, and place. In 2008 he won the British Composer of the Year Award in Sonic Art, and a Paul Hamlyn Award. The Bluecoat Gallery in Liverpool exhibited a Retrospective of his career to date in 2009. He is represented by the Agency gallery, London, and is a Visiting Professor at Oxford Brookes Sonic Art Research Unit. He lives and works in Walton-on-Thames. [www.janekschaefer.com]