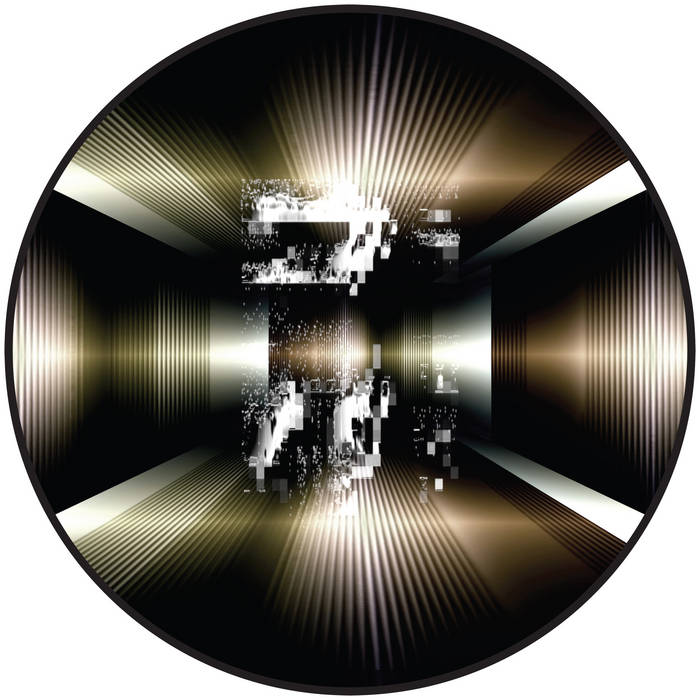 Le Révélateur – multimedia duo of visual artist Sabrina Ratté and composer Roger Tellier-Craig – return with Hyper, a bold stylistic leap that represents their most experimental and conceptually rich work to date. Having already begun to move away from their trademark analog synth panoramas, Hyper goes even further in expanding the digital abstractions that first bubbled to the surface on 2014’s Extreme Events. Gone are the hypnotic arabesques and Berlin School melodicism that characterized Tellier-Craig’s earlier efforts; in their stead, he offers two deeply engrossing examples of cutting edge electronic music that eschew nostalgia and pastiche. What results is not so much a departure – those familiar with Le Révélateur will still recognize Tellier-Craig’s deft hand at work – as it is a logical, if no less radical, development of his aesthetic with staggering and deeply satisfying results.

Opening track “Imagineers Are Governed” is nearly 8 minutes of hyperreal world building, a complex web of digital chirps, lush drones, and robust rhythms that demonstrate a greater physicality than has yet been seen in the Le Révélateur oeuvre. Meanwhile, “Fakeaway Haptics” is a similarly beguiling simulacrum soundscape, one inhabited by discrete components that flicker to life and gleefully chatter amongst themselves. While so much contemporary electronic music fixates on Internet culture, Hyper feels more like a music of the Internet itself: like a sonification of networked topologies or an etude on packet-switching as compositional form, this is the sound of information as heard from inside the machine. Despite such experimentation, Hyper manages to be tremendously adventurous and forward thinking without alienating those who appreciate Tellier-Craig’s keen ear for beautiful textures. Consequently, he is able to examine the place of human beings in an increasingly digitized world without simply wallowing in dystopian anxiety. Over these two compositions, Hyper instead encourages the patient listener to delight in confusion and complexity.

Highly collectable vinyl-only release (no repress!) on a new format. Mastering by Stephan Mathieu and vinyl cut by Lupo at Calyx.