II: Music for Film and Theatre 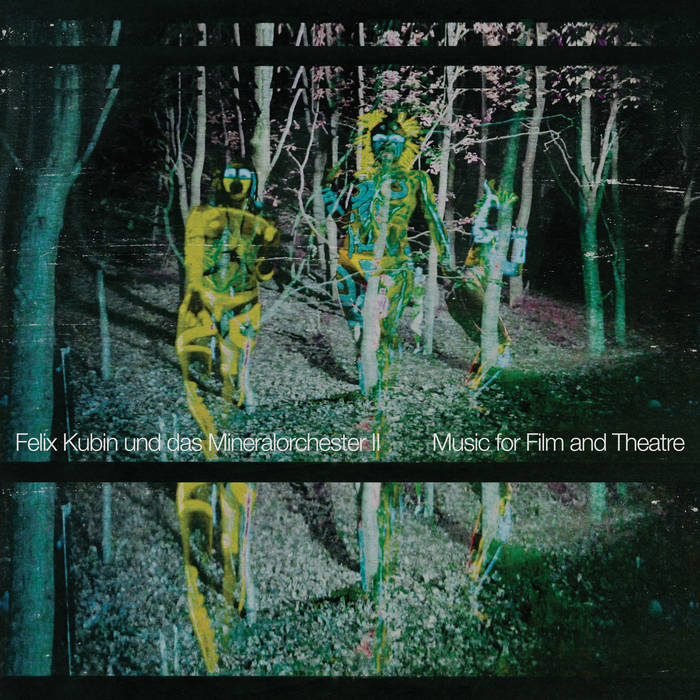 Some of Kubin's most adventurous and far-reaching music stems from his commissioned works for films, theatre and radio plays. Freed from conventional song formats and genre stereotypes he effortlessly combines Musique Concrète noises, splashes of haunted virtual orchestras, Gameboy music minuets and voice collage interspersed with tons of suspense and gloomy industrial atmospheres.


Felix Kubin is a renowned composer and producer of radio plays based in Hamburg. In recent years he has released futuristic Pop Music on the legendary Zick Zack label, weirdo Big Band Jazz with Mitch & Mitch as well as the more experimental ode to the compact cassette "Chromdioxidgedächtnis". Over the past 10 years he has composed several major works for modern classical ensembles: "Echohaus" with ensemble Intégrales (released on Dekorder) "Falling Still" for Ensemble Resonanz and a boys' choir, premiered this year at Hamburg's Laiszhalle Symphony Hall and "Lunatyk" for Miłosz Pękala. His radio play "Orphée Mécanique" was awarded "Radio Play of the Year" in 2012 and "Best Audio Book 2014". Kubin's first recordings date back to his teenage years in the early 1980's (reissued in 2012 on the Minimal Wave label), followed by his electroacoustic noise duo Klangkrieg and the dada-communist Liedertafel Margot Honecker.

Semiratruth joins the show to discuss their latest release, "loading..".