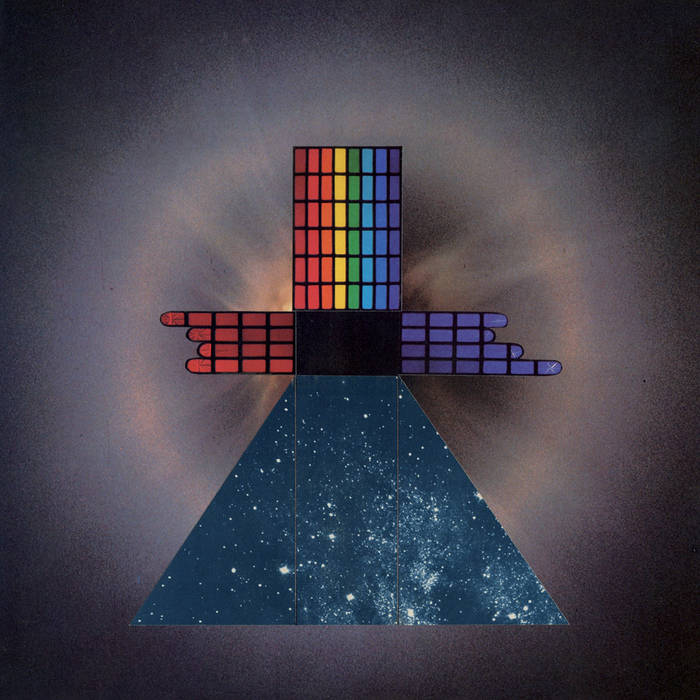 Sounds, what are they? Where do they come from, where do they go to? They come from the space of nomadic sounds which surrounds the planet. They can dissolve without being heard, or they can temporarily fuse into bodies of sound and fly through the layers of the stratossphere, dancing like chimeras. They can rotate or make their rounds and penetrate heads and bodies. Like shadows, falling down on invisible images. Attempts to render sounds visible remain in vain. They avoid noise.

Sounds densify to drafts and sketches pervading space. He who listens closely can use them for orientation. Whereto? he wonders, in an effort to follow them, their image being too seducive. Sometimes they betray him and he gets lost in an infinity beyond our grasp, where the soundless Western Lands are, the destiny of caravans of musicians, wise men and priests and where there are no road signs...where human creatures dissolve in the flickering of bells and sail out to the land of the dead.

The tonal outlines gradually fade and the gaze of the Sphinx loses itself. The horizon is a line of shadows above which, glimmering in the backlight, pyramides of sound rise again and again, like fata morganas. Behind all this, the desert turns into a land of shadows. A hint of silence glides across endless dunes. The traveller rides on waves of sound, while losing his last pieces of baggage, experience and the identity familiar to him.

He senses that perception becomes a vehicle by which he travels. He starts to live in it and with it enabling him to leave his body behind and to move in time. In this phase, his memories start to fade until they are extinguished and he dissolves in sounds and colours. He has entered the space of simultanities.

More and more mummies, enroute by package tour to the Western Land stay behind. Some believe they could make it to space on their bicycles. They are called fellaheen of the future. They simply left the highway of monotony and loneliness, which they thought too cumbersome, in order to make it to the land of dreams.

Flesh, the only weapon the traveller has left, becomes blunter and blunter with every step. It becomes annoying, like the smell of carrion floating around his thighs. In the sucking emptiness above the sand he can smell the fear. It is paraphrased by a hieroglyph for final solitude, which like a beast of prey can turn into a curse of malignance and desperation and, chase the hiker into the hopeless salt hills of the Sekbha.

A man paints the tail of a comet into the sky. He knows that the comet, like Halley, will miss the planet. “Come with me, stranger, I will take you on a rocket trip.” In a dark valley the candidate is scanned with a radiometer by a virginal dragonfly. No written word is allowed on the trip. What is paper, after all? It is nothing but mutilated memory, says someone, who claims to be a pilot of dreams. He insists that he can leave his body with the help of sounds. With a click of the tongue, they take off into space, where the gaze fades away in a tepid trickle...

A current of air carries them onto the silent sea and into the solitude of sounds.