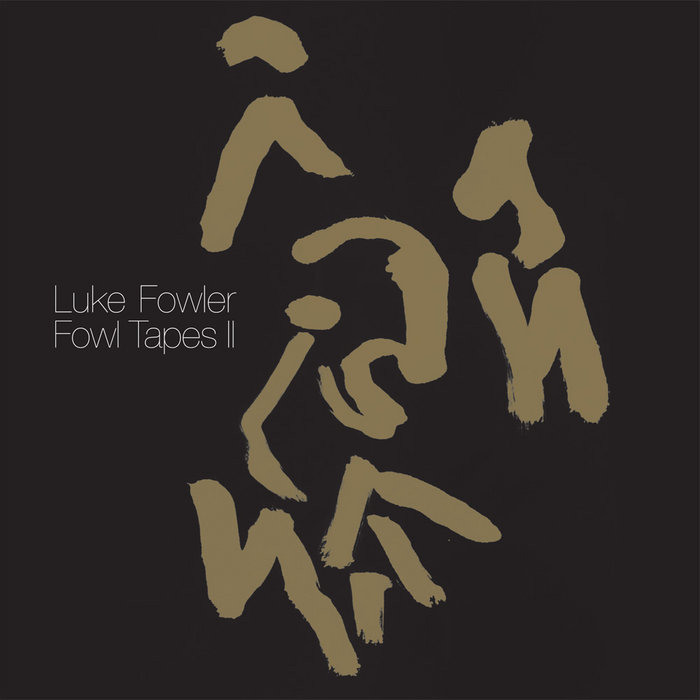 Luke Fowler THE ARTIST HAS THE SAME NAME AS ME WHAT YOU THINK I'M GOING TO PASS THAT UP??

Fowl Tapes II is the debut solo album by Luke Fowler, a Glaswegian musician, artist and filmmaker. Fowler played in the groups Lied Music and Rude Pravo and curates the Shadazz label. He has collaborated with Jean-Luc Guionnet, Eric La Casa, Richard Youngs, Lee Patterson and Tohsiya Tsunoda. His documentary films have explored "counter cultural" figures like Scottish psychiatrist R. D. Lain, English composer Cornelius Cardew and Xentos "L-Voag" Jones, founding member of The Homosexuals. He won the inuagural Derek Jarman Award and in 2012 was nominated for The Turner Prize.

After playing tapes, objects and sampler with his early groups and some exposure to Moog synthesizers, in 2010 he bought his first Serge analogue Synthesiser module; after being seized by the sounds introduced to him during a residency at Bard College. Serge is one of the few analogue modular synthesisers whose original 70's designs are still handmade today in the USA. As a "non-musician" into concrete sounds this was the perfect instrument for a hands-on approach to physcial sound manipulation without need for conventional keyboard or programming skills.

Over the years he accumulated hundreds of hours of experiments and documentation. In 2012 he decided to hand over a hard drive of these recordings to his friend and collaborator Richard Youngs who, with complete carte blanche, edited down the recordings (and added a few lines of synth himself) into one coherent album for the Dekorder label.

Even though there are quite a few musicians working with modular systems these days it seems Fowler (and Youngs) has carved his own niche, combining obsolete digital synths, drum computers and homemade 'organic oscillators' with pure electronic tones in a singular and approachable style that embraces improvisation, early Electronic Music, minimal or "cosmic" music, yet with a down to earth, unpretentious approach.

Source material performed by Luke Fowler between 2009 and 2011.

Edited and Produced by Richard Youngs in 2012.
Mastered by Kenny MacLeod.
Artwork by Enrico Riley.
Cover Design by Marc Richter.

SPECIAL THANKS to Richard Youngs and Marc Richter