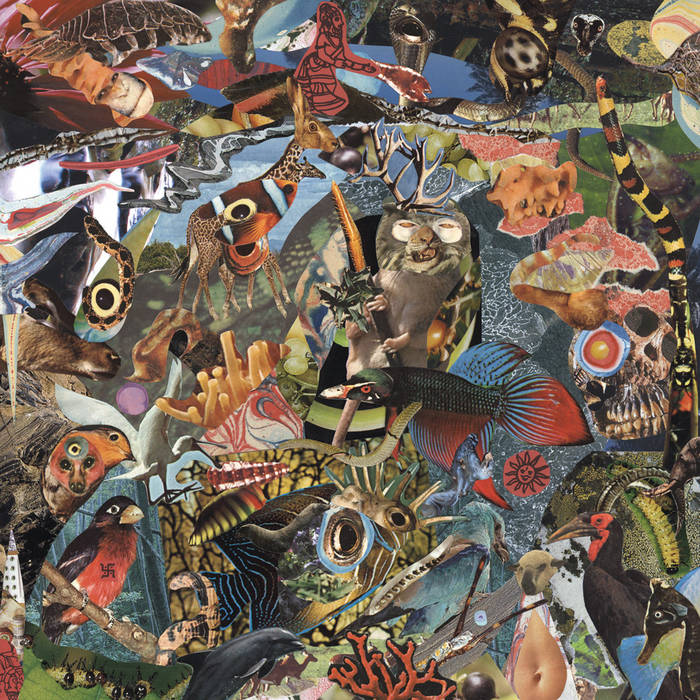 "Straight Edge XXS" is the 2nd vinyl album by Finland's Uton released in a strictly limited edition of 500 copies on the Dekorder label. It comes in a gorgeous full-colour collage sleeve assembled by Hirvonen himself.

While Uton’s last Dekorder album „Alitaju Ylimina“ (and most of his other recorded works respectively) are hazy lo-fi drone masterpieces for the most part, this is a completely diffferent affair. Recorded straight to tape within one month, right after returning from a 6-month trip to India, these songs (if you could call them songs) are completely out-of-this-world; very short and crazed sketch-like pieces sounding like a Nonesuch Explorer LP of long lost field recordings from an as yet unexplored continent. Or is it World Music from an unknown planet recorded by those Sublime Frequencies guys from mysterious short wave transmissions?

Well, it is all that and more. It is pure ecstatic expression channelized through Psychedelia, Free Jazz, Noise and rural ancient Folk Music from all over the world in a completely naked, predominantly acoustic setting. One of the purest forms of music you could imagine; while all the familiar Uton elements remain evident in a hazy backcloth.

Uton is the one-man project of Jani Hirvonen originally hailing from Tampere. Hirvonen is one of the most active musicians of the Finnish underground scene that has recently presented us the likes of Kuupuu, Kemialliset Ystävät, Islaja, Paavoharju and Lau Nau and a seemingly never-ending stream of beautiful and highly original record releases.