Music for Theatre and Radio Play 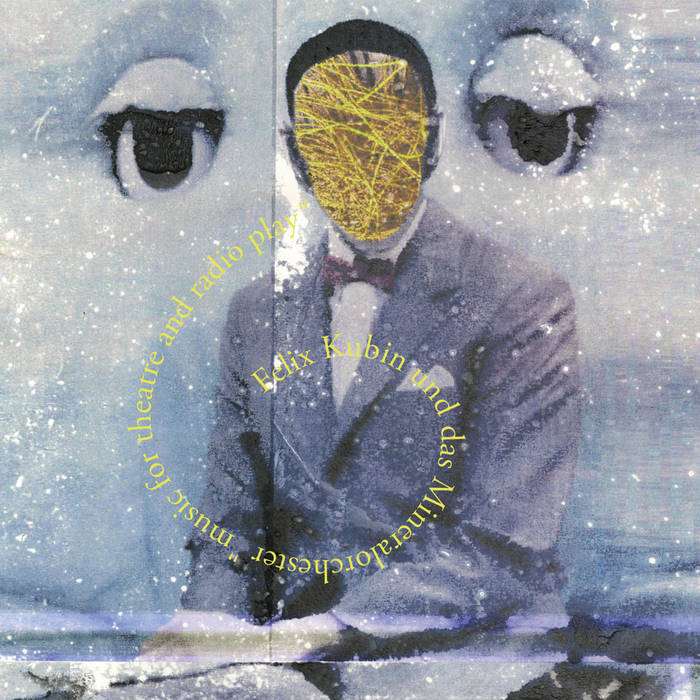 We are extremely excited to announce the 1st collaboration between the Dekorder label and our old friend, local conspirator and private hair gardener Felix Kubin.

Kubin has achieved world wide reputation by releasing post-dadaist, futuristic NDW-influenced Organ&Korg smash hits on his own Gagarin label, on A-Musik, Ski-pp, Meeuw, Diskono et al. He has collaborated with People Like Us, Coolhaven, Mark Boombastik, Asmus Tietchens, ensemble Intégrales, David Fenech, Ergo Phizmiz, Boris D. Hegenbart, Wojtek Kucharczyk and many others. His first recordings date back to his teenage years in the early 1980's, followed by his electroacoustic noise duo Klangkrieg and the pseudo-communist Liedertafel Margot Honecker.

Right from the start Felix Kubin has written and recorded music for films (hence the title of his first album) by the likes of Mariola Brillowska and Anke Feuchtenberger and continues the German tradition of "Hörspiel" (radio play) with works such as "Territerrortorium", "Nachtspeicher", "Orpheus’ Psykotron" and "Syndikat für Gegenlärm" (with guest appearances by Matmos, DAT Politics and Wolfgang Müller of Die Tödliche Doris).

Some of Kubin's most gorgeous and adventurous works are his contributions to "The Raft" (a radio play by the mysterious Xentos Bentos of The Homosexuals, directed by Lukas Simonis of Coolhaven, Trespassers W, Dull Schicksal) and his soundtracks for theatre plays by Branko Simic ("Zufall", based on a short story by Vladimir Nabokov) and the notorious Schorsch Kamerun. The latter (known in Germany as a member of Goldene Zitronen) directed "Hollywood Elegien" based on a song cycle by Bert Brecht and Hanns Eisler. Now the best parts of these works are for the first time available on LP and CD, simply (and aptly) titled "Music for Theatre and Radio Play".

While the musical spectrum on this release covers a variety of styles and moods it’s still almost immediately recognisable as a typically Kubin-ist work featuring the main ingredients his records and body-and-mind-boggling live shows are famous for. Twisted rythms & playfully clever arrangements that could have been created by a mutated reincarnation of the legendary Juan Esquivel; hauntingly ethereal tracks sounding like a narcoleptic John Carpenter playing Angelo Badalamenti arrangements; contorted Big Band music, pre-war Schlager and Vaudeville sent through a malfunctioning pre-digital time machine; Ennio Morricone cloned as a Russian male choir; instrumental workers' songs Hanns Eisler might have imagined in a feverish nightmare - it’s all there, and more!