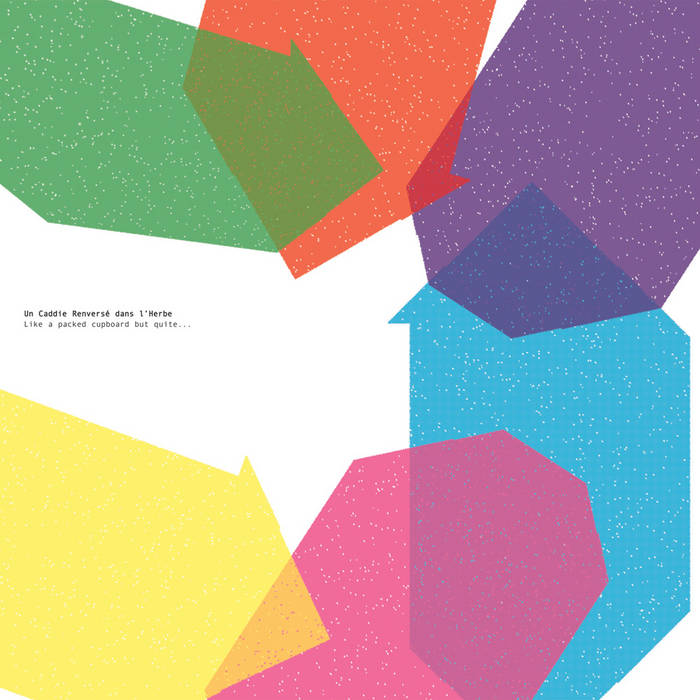 The curiously titled „Like a packed cupboard but quite...“ is the 2nd release for the Dekorder label by Un Caddie Renversé dans l’Herbe a.k.a. Dídac P. Lagarriga from Barcelona, Spain after his beautiful 3“CD „Now there’s a weird taste in my mouth“.

Not unlike his previous works which have been compared to the likes of Pascal Comelade, Asa Chang & Junray, Penguin Café Orchestra and Steve Beresford, the album’s using repetition and simplicity, melody and warmth, charm and a positive naivity to create an addictive, often hypnotic muzak; never overloaded, full of space for tiny surprising ideas/sounds and little elements and influences to unfold their inner beauty. This is contemporary AND timeless music without the urge to be (post-) modern just for the sake of being so.

Still featuring the unusual but fascinating combination of African instruments such as the Balaphon, Mbira, Kalimba, Berimbau with modern software, piano, cello, guitar, bass, melodica, chimes, the overall theme of the album is a direct reaction to the widely used (and misleading) term of „Exotica“ often found in the writings about Lagarriga’s music and other so-called „World Music“. Often used by our beloved „1st World“ to create a pseudo-romantic marketing niche these terms have become empty labels for cultures we don’t know too well or are too lazy to learn about without accepting the fact that everything everywhere is (or, at least, can be) influenced by anything else. We are NOT living in a hermetic capitalized surrounding but too often act as if we are...
Lagarriga’s music is neither „world music“ nor „exotica“ but simply a MUSIC that is trying to be inclusive, embracing everything happening around him (be it music, art, writing and/or simply, and most important, everyday life) in contrast to the often encased exponents of „our“ western culture, without denying the fact that all of us (including Lagarriga and, well, myself) are personally thinking and acting within those stereotypes way too often (unfortunately).

A self description: Music made by hundreds of unknown influences, specific temporary places, some souvenirs sampling older souvenirs, garden practices, pastiches... A music made far from reviews, far from wires and vital pens and close to the coast. Music is always a cross-pollinated ground and the digital process is just this: a process... Far from soft-wars stereotyping tired clicks... A music made by itself, Un Caddie was there, right, but just listening to and apparently changing orders, the same sound but different...

Dídac P. Lagarriga was born in Sao Paulo (Brazil, 1976) and is based in Barcelona, expiring his time mixing and cross-pollinating sounds, text and visuals. Under the name "Un Caddie Renversé Dans L'Herbe" he has released short works, MP3's and CD's on labels such as Open Circuit/Staalplaat, K-RAA-K, Tu M', Amanita, Z-Dimension, Errror Club and Mínim. His label Ooze.Bap concentrates the larger part of his releases since 2000. His last album was "Some Nenu Songs" (panafrobrazilian rhizomes meets robotica under a nenu silkworm orchestrated band), a break after "Polyhedric Tetrapak", an irregular album with remixes by DJ Olive, Alejandra&Aeron, Erik M, Stephen Vitiello and OnCe11.