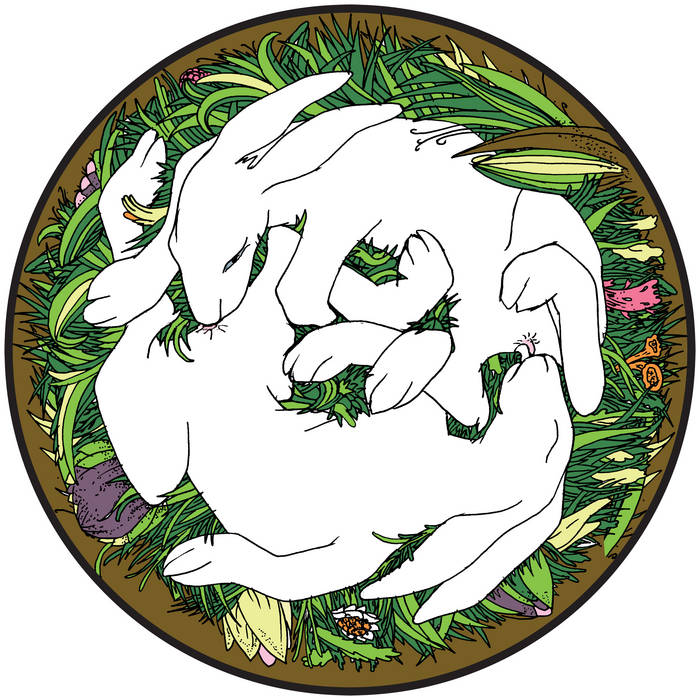 Inspired by a journey to Island, hearing local travel guides spontaneously interweaving their narrations with sudden outbursts of folklore chanting and an encounter with Wolfgang Müller’s (Die Tödliche Doris) strategy of transforming and combining his (pseudo-)scientific, documentary and social research into a musical and artistic performance she started to elaborate her fellow artist’s lectures with musical renditions.

As a passionate DIY home-recording artist she has soldered her own microphones, used cheap toy instruments, gameboys and minidisc recordings of kitchen sounds to create her very own bricolage comic universe. By recycling corny AOR mainstream Rock/Pop songs into some oddly disturbing and wonderfully weird rabbit love songs with newly-made German lyrics and combining these with some truly strange original compositions (ranging from freeform collage to distorted techno to deranged singer/songwriter stuff), she has created a musical love story in 7 parts. Spiritually influenced by (though not really sounding alike) German „Neue Deutsche Welle“ artists such as Der Plan and theatrical and surreal performance bands like The Residents her versions of popular love songs sound like a teenage/female Andrew Lloyd Webber on bad acid.

This 1-sided vinyl-only picture-disc LP is a strictly limited edtion of 300 copies. Both the gorgeous design and ornamental etching on the b-side have been done by fellow Hasenbart founding member Renate Nikolaus.