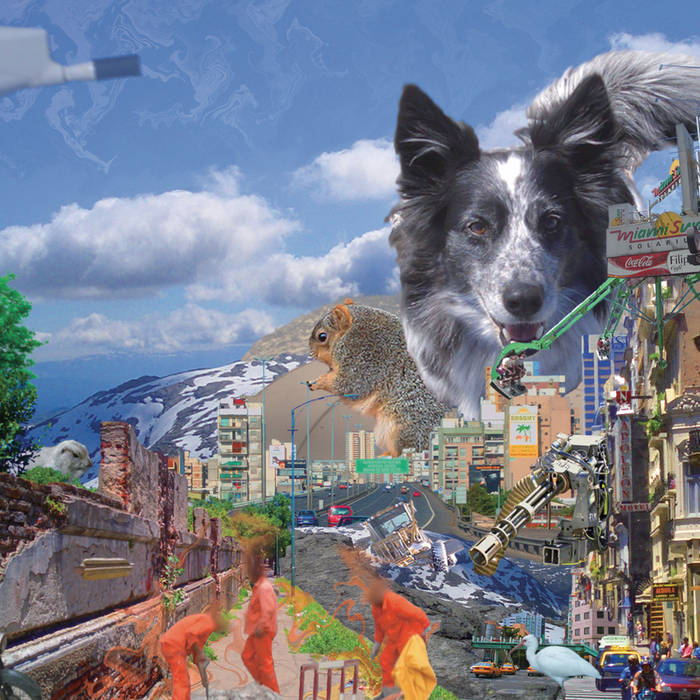 Finally, here it is! An album we’ve been waiting for since starting the label a few years ago and it was worth waiting every minute. While maintaining a busy release and tour schedule with Jazzkammer (now called Jazkamer, a duo with Lasse Marhaug) which recently included their new glorious metal album for Smalltown Supersound (aptly titled „Metal Music Machine“), the „Panic“ CD on the Bottrop-Boy label and concerts all over the world (including South America, South East Asia, Japan, etc.), his marvellous „Ballads“ duo album with Maja Ratkje on Dekorder and countless other collaborative projects, he has been working on his solo debut album whenever time allowed.

Returning to his original instrument the electric guitar, Hegre has produced an extremely diverse album mutating from hypnotic computer-loop drones to some glorious free analogue noise, from abstract banjo-like sketches to thick washes of sludgy doom metal and roaring noise rock, from divine electroacoustic sounds to otherworldly country-esque and classical guitar picking, all within one track, and often all at once, with small and simple melodies lurking within huge drifts of sound. And not one element sounds out of place here, it’s rather like the collages of seemingly inappropriate bits and pieces create a totally unique surreal and creepy atmosphere. Dozens of small details suddenly appear from nowhere, transforming even the most brutal noise attacks into complex textural arrangements, making this the most essential guitar album of the year.

The title? It´s a quotation from the late Philip Charles Lithman aka Snakefinger. At the end of an interview for the July number of the Norwegian music magazine Puls in 1987 he was asked if he had any final message for the Norwegian people, and he did, his message was "Colors don´t clash, don´t worry they never do". He died of a heart attack on July 1st, same day as his single "There´s no justice in life" was released.