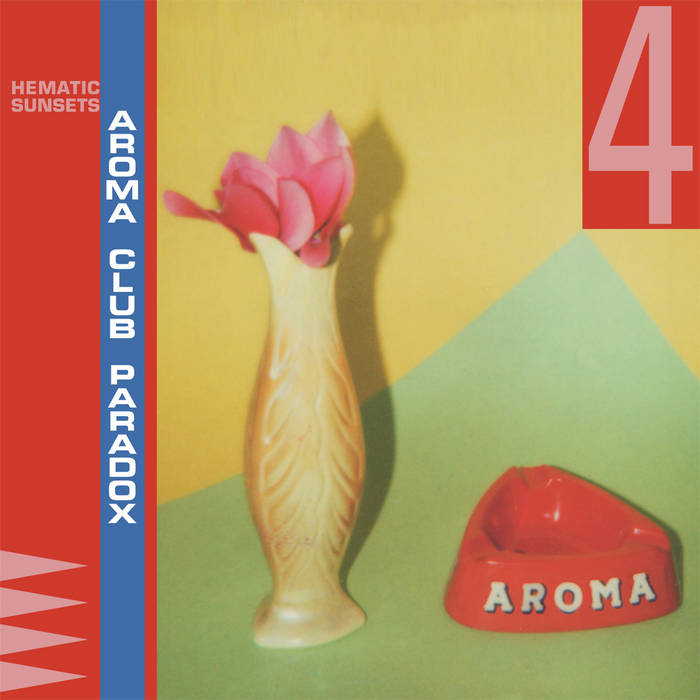 Hematic Sunsets is an alias (an anagram to be exact) for German Soundartist Asmus Tietchens from Hamburg. Tietchens is a self taught artist with more than 50 LP and CD releases on numerous labels (Nurse With Wound’s United Dairies, Sky Records, the Mille Plateaux sub-label Ritornell, Staalplaat, Selektion, recent albums on Richard Chartier’s Line label and a massive reissue series on Die Stadt, to name but a few). His solo works are mainly concerned with the manipulation of concrete sounds and (most recently) pure sine waves (on his Mengen series) and their placement (assemblage?) in time and space.

While his solo efforts are often austere formal works (yet never lacking a twisted humour),Hematic Sunsets is a different beast altogether. Reminiscent of his Sky-era attempts with rhythm and melody, the Aroma Club series is Tietchens warped, almost parodic (per)version of lounge music. Each record of the series is based on the sounds and rhythms of one particular (preferredly cheap) organ/keyboard, usually a Yamaha product (this time it’s the PSR 36). While the last Club LP was recorded with several guests (Felix Kubin, Michael Rother...) and the 2007 X-mas 7“ was a collaboration with long-time “producer“ Okko Bekker, “Aroma Club Paradox“ is another solo effort (collaborating with several fictitious anagrams/characters though).

Featured sounds from Fly Lo and Ahmed Idris, plus Mother Nature hops on to drop off new project