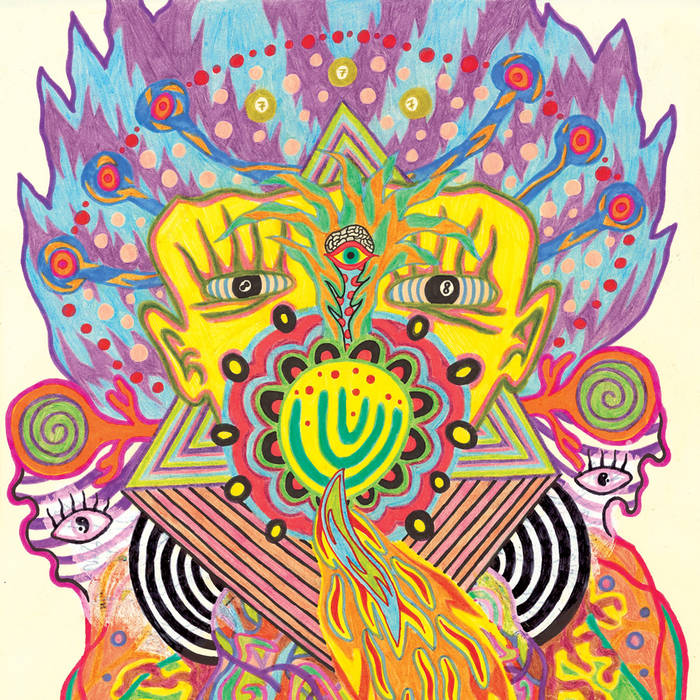 "Alitaju Ylimina" is the first vinyl album by Finland's Uton released in a strictly limited edition of 500 copies in a marvellous fold-out sleeve with a full-colour drawing by Uton himself on the outer sleeve and some fierce black&white illustrations by dutch artist Christelle Gualdi inside.

Uton is the one-man project of Jani Hirvonen originally hailing from Tampere and currently travelling and recording in India. Hirvonen is one of the most active musicians of the Finnish underground scene that has recently presented us the likes of Kuupuu, Kemialliset Ystävät, Islaja, Paavoharju and Lau Nau and a seemingly never-ending stream of beautiful and highly original record releases.

The music of Uton is no exception there, drawing inspirations from psychedelia to free jazz to pure ecstatic drones and noises using a wide range of acoustic instruments from various parts of the globe and a bulk of electronics. Recorded in glorious lo-fi the mystery of Hirvonen’s sound is difficult to pinpoint; sheer ravishing beauty, elegancy and variegation is stashed behind a wall of grey, inscrutable haze – gorgeous melodies and voices, reeds and alien sounds gleaming through the mist from time to time, shimmering like diamonds through layers of dust.

Uton has previously released dozens of CD’s, CD-R's and Cassettes on a myriad of labels including Jewelled Antler, Pseudo Arcana, Last Visible Dog, Digitalis and his own Ikuisuus. He has collaborated with Amon Dude (Avarus), Anla Courtis (Reynols), Antony Milton (Black Boned Angel), Ben Reynolds, Peter Wright, Phil Todd (Ashtray Navigations) and Jan Anderzen (Tomutonttu, Kemialliset Ystävät) among others. The latter collaboration (under the Hevoset moniker) will be released on LP by Dekorder later this year.